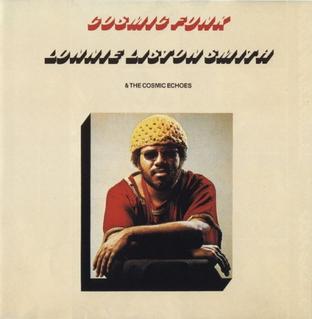 Cosmic Funk is an album by keyboardist Lonnie Liston Smith, featuring performances recorded in 1974 and released by the Flying Dutchman label.

Jason Heller, in Strange Stars: How Science Fiction and Fantasy Transformed Popular Music, pointed to the title track as an example of “sci-fi funk.”

In his review for AllMusic, Stephen Thomas Erlewine stated, “it’s a record where the good ideas are sometimes suggested rather than developed. … That opening song is one of the few tracks that emphasizes funk, otherwise the cosmic reigns, as the group usually getting spacy all the while never quite leaving the earth. … the album is distinguished by the spaces that lie between funk and bop, the periods where Smith and company start to float, then pull themselves back.”